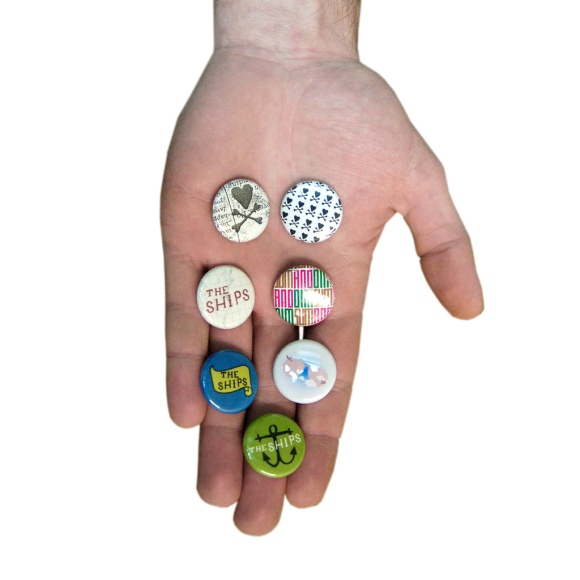 I’ve been wanting to add badges to my course for a couple of years now, but somehow this always got relegated to those optional activities I’d maybe introduce next year. To be perfectly honest, I was skeptical for quite a while if university students would even want to be awarded badges; I guess I thought they might consider them too frivolous. I think I even had a vision of students chatting about the course over coffee, “Did you get one of those badges? Like she seriously thinks we’d care about something like that?!” I’m guessing I may have been too optimistic in thinking student chats over coffee ever involve the course. 😛

Some time ago I came across this post by Maria Theologidou and decided I would definitely try to introduce badges, then last year I saw them used to good effect in the project I was involved in at work. I thought I’d write up a brief post on which badges I eventually settled on this semester and how I planned to have them awarded, as this turned out to be a little more complicated than I’d initially assumed. At this point I still have no feedback one way or another on how the students feel about them, so this remains something to investigate in more detail towards the end of the semester.

I think it could be quite easy to get carried away with the visual appeal of badges and you suddenly find yourself creating a whole raft of them, thinking you’ll find a way to work them into the course. For experimental purposes I thought three would be more than enough, so that’s how many I actually ended up with, although there’s one more I’m toying with and think I’ll probably add.

I’m sure there are lots of options available for designing badges but I’ve used Canva for these, mostly because I’m familiar with it by now. I should probably add that I had to find a workaround for the fact that you can’t download an image with a transparent background in the free version of Canva, which is a problem because you’re downloading a square image and the badges are round. I used LunaPic to switch to a transparent background and then added them to Moodle.

If you teach online, have you used badges? Have you won any for taking part in a course yourself? How motivating do you think they are/could be? Thanks for reading!

Sounds like a great idea! When are you going to start? or have you started yet?
how will you cope with students who try hard but don’t do well?
thanks for sharing!

Hi Adam,
Thanks for the comment! I did start and have so far awarded two of the badges. Re the issue of those who try hard but don’t do well, I’ve actually tried to set it up so that it’s the trying (hard) they earn badges for, not so much the academic level. For instance, all the students who took part in an optional forum discussion got a badge, regardless of the quality (for lack of a better word) of their contribution. Since the badges are meant to have a primarily motivational function, this seems fair to me, but I’ll see if I’ll introduce any tweaks along the way.

Thanks for your kind reply.
My son is 8 years old and often comes home from class with all kinds of things his teachers give him for showing effort. One teacher gives out cards with pictures on, but I now understand it cd be anything = another teacher gives out empty packets for tea bags – giving out ones with particularly aromatic flavors for special effort – it made me see that kids really do value receiving something from a teacher.

I wondered how the badge project is going -any updates to report – if you give to the whole class does it devalue it?

Hi Adam, sorry for the late reply. Your comment reminded me of how we’d get stickers at school for doing well on a quiz, for instance. I loved the scratch & sniff kind and built up a whole collection! I think I still have the album somewhere.
The semester ended two weeks ago and I started giving out badges to those who’d completed all their assignments more or less on time. This has sort of slowed down in the meantime because of exams, but I’m planning to award them with the final grade – this needs to be done by the end of February. In the end, no badge will be awarded to everyone, but that’s only because I’ve set up the criteria that way. I don’t think it automatically devalues the badge if you do give it to everyone; I think the criteria can be set up to be really permissive if the idea is simply to motivate. My concern is that I feel this is maybe more appropriate with younger learners but I could be wrong.

Thanks so much for the mention and for giving badges a go! In case you’re interested in using a digital version of them I can recommend ClassDojo which is an adjustable point system in which every point is represented by an icon. Its not entirely badge-based but can work the same way if you turn your badges into points.

Thanks for suggesting ClassDojo. I’ve heard of it but haven’t had the opportunity to try it out yet. It definitely sounds interesting and I’ll have a closer look. Hopefully it won’t take me as long as introducing the badges did! 🙂

Hi Vedrana,
I haven’t used Moodle, but I’ve created badges using Canva to accompany #ELTPlaybook. Here’s the post explaining how they work: https://eltplaybook.wordpress.com/2018/05/02/badges-for-elt-playbook-1-now-available/
I think people are very used to unlocking achievements and things like that in apps nowadays, so I don’t believe that the idea of badges is actually that strange. Maybe there could be a ‘You collected them all!’ badge or something too?
Sandy

You’re right, it isn’t strange, but I wasn’t sure what this age group (undergrads) would make of them in what they perceive to be a formal educational setting. So far comments in their learning journals indicate they see them in a positive light. 🙂 I like the idea of the “You collected them all!” badge. There’s been some debate where I work over whether badges should primarily serve a motivational purpose or if they should be taken more seriously in that they represent credentials and can prove to, say, an employer, that the recipient has acquired certain competences.

I remember you tweeting about badges to go with #ELTPlaybook. Didn’t you initially plan to have them awarded automatically, then decided against it because it was too expensive? From what I can see in the post you linked to, you award them manually when someone lets you know they’ve met the requirements?

You’re right with everything you said about my badges. And I will award them manually one day – I currently only have 1 response overall, so I think it’ll a while before anyone even has the 5 to get one badge 🙂
By the way, Adi Rajan has talked about badges too – I’m not sure if you’ve seen anything on his blog about them.

[…] idea isn’t new but I finally got around to trying out badges. I’m still planning to create two more – for which I’ve more or less defined the […]

I have never received any badges on online courses but coming from the student side I think it can be very motivating because students will feel recognized by the instructor even though there is no face to face interactions.
Thank you for sharing your thoughts!
Tehila

Thanks for reading and saying what you think. 🙂

This site uses Akismet to reduce spam. Learn how your comment data is processed.

This work is licensed under a Creative Commons Attribution-NonCommercial-ShareAlike 4.0 International License.

Stuff I write about